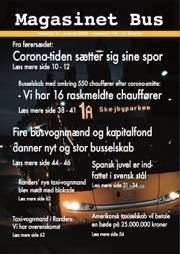 The European Commission has approved under EU State aid rules the prolongation until end 2022 of various Belgian support measures for maritime transport. The scheme encourages shipping companies to register their ships in Europe and so ensure higher social, environmental and safety standards


Belgium has also committed to a number of changes to its scheme to prevent any discrimination between shipping companies and registries of different European Economic Area (EEA) States and to avoid undue competition distortions.


Under the Belgian scheme, a shipping company is taxed on the basis of ship tonnage (i.e. based on size of shipping fleet) rather than the actual profits of the company. In particular, tonnage taxation will be applied to a shipping company's

The Belgian scheme requires that if a shipping company wants to benefit from the scheme, a significant part of its fleet flies the flag of an EU or EEA State.
In this respect, the Belgian authorities have committed to extend the benefit of tonnage tax to all eligible ships that fly an EEA flag. This will prevent any discrimination between shipping companies and registries of different EEA States and preserve internal market rules on freedom of establishment.


The Commission assessed the amended measures under EU State aid rules, in particular its Guidelines on State aid to maritime transport. It concluded that the Belgian scheme is in line with EU State aid rules, because it will provide incentives to maintain maritime jobs within the EU, whilst preserving competition within the EU Single Market. More specifically, it will encourage shipping companies to register their ships in Europe and thus commit to high social, environmental and safety standards.

To address the risk of flagging out and relocation of shipping companies to low-tax countries outside of the EU, the Commission's 2004 Guidelines on State aid to maritime transport allow Member States to adopt measures that improve the fiscal climate for shipping companies. The most prominent of such measures is tonnage tax, whereby shipping companies can apply to be taxed based on a notional profit or the tonnage they operate, instead of being taxed under the normal corporate tax system. Only companies that are active in maritime transport (defined as the transport of goods and persons by sea) are eligible for measures under the Maritime Guidelines. In addition, under the Maritime Guidelines, beneficiaries are required to increase and at least maintain a certain share of their fleet under EEA flag.


The Commission's most recent decisions concern the Swedish tonnage tax, a German scheme for the reduction of social contributions for seafarers and the Lithuanian tonnage tax scheme. The Commission had previously approved the Belgian tax measures in favour of maritime transport until 31 December 2012.