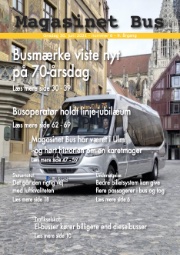 More than 33,000 new electric vehicles were registered in Germany in August

The number represents an increase of 408 percent over the same month last year. New registrations of purely battery-powered electric cars (BEV) rose by 221 percent to 16,076 units. In addition, more than five times as many plug-in hybrids (PHEVs) were newly registered as in the same month last year. The Federal Motor Transport Authority registered 17,095 new PHEVs (up 448 percent)

Since the beginning of the year, 163,137 electric vehicles have been newly registered (up 151 percent). These include purely battery-powered electric cars, plug-in hybrids and fuel cell vehicles. In the first eight months of 2020, they achieved a 9.2 percent share of the total market, compared with around 3 percent in 2019.


- The boom in the electric car market will continue in August. Purely battery-powered electric cars and plug-in hybrids are meeting with great interest. It is above all the innovation premium that helps the market to achieve this enormous growth. The international manufacturers are contributing to this growth with an extensive range of electric vehicles, says Reinhard Zirpel, President of the Association of International Motor Vehicle Manufacturers (VDIK).


The VDIK regularly updates the list of electric vehicles from international manufacturers. The VDIK member companies currently offer over 70 electric models that customers in Germany can order.

The overall demand for vehicles with alternative drive systems also increased significantly in August. A total of 63,729 new electric cars, hybrids with and without plugs, mild hybrids (48 volts) and gas passenger cars were registered. The increase over the same month last year was 240 percent. Since the beginning of the year, 342,877 new units have been registered. Among them were 5,144 new CNG cars, more than three-quarters of which came from international manufacturers (77 percent). Overall, cars with alternative drive systems achieved a 19.3 percent share of the total market in the first eight months of this year, compared with just under 9 percent in 2019.