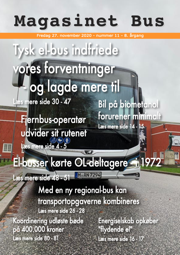 26 arrested for smuggling irregular migrants through Belgium and France

Law enforcement and judicial authorities from Belgium and France, supported by Europol and Eurojust, dismantled a large criminal network involved in migrant smuggling. The criminal network provided transport and hiding locations in the two transit countries

On the action day on 26 May 2020, officers from the Belgian Federal Police (Federale Politie/Police Fédérale) and the French Illegal Immigration Agency (OCRIEST) from the French Border Police (Police aux frontières) carried out 27 house searches (15 in the Brussels-Capital Region and 12 in and around Paris). The operational activities led to the arrests of 26 suspected members of the criminal network (13 in Belgium and 13 in France) and the seizure of three vehicles, cash and electronic equipment.  In total, 21 irregular migrants were found and put to safety.


The network may have transported up to several dozens a day
The criminal organisation is suspected of facilitating the transit of mainly Vietnamese irregular migrants through Belgium and France towards the United Kingdom. The suspects are believed to have hidden their victims before routing them towards their final destination across the English Channel. It is likely that the network has transported up to several dozen people every day for several months. These criminal activities were particularly dangerous due to the life-threatening conditions of transportation. The urgent operational actions were crucial to safeguard particularly vulnerable victims and to arrest suspects at a high risk of fleeing.


The operation tracked the criminal activity of people smuggling across the continent and was prompted by the tragic discovery of 39 deceased Vietnamese nationals inside a refrigerated lorry in Essex in the United Kingdom in October 2019.


Europol set up an operational task force (OTF) to facilitate information exchange and coordination between law enforcement authorities investigating the fatal Essex case. The activities of the OTF also contributed to the preparation of the operation.


Europol supported the operation by facilitating information exchange and providing analytical support. On the action day, Europol deployed an expert to France to cross-check in real time operational information against Europols databases and provide leads to investigators.


To support national authorities in this high priority investigation, a Joint Investigation Team between Belgium, France, Ireland, the United Kingdom, Europol and Eurojust was set up in November 2019. Eurojust enabled real-time coordination of the actions to facilitate the operational activities.